So, who managed to get a view of the amazing full moon on 31st January?  It's quite mesmerising isn't it?

I've seen a lot of pictures from photographers around the world, who managed to get some awesome shots - from early moon rise when it was a blood red colour, to images with such amazing details of the surface of the moon.

Where I live, I'm surrounded by houses and woodland so it wasn't until the moon had risen above these that I managed to get out for a few minutes to get some pictures.  I used my compact camera, a Nikon Coolpix with a 1000mm equivalent zoom lens to get in nice and close to get as much detail as I could.  Probably not as good as I could get with my "proper" camera, my Canon EOS 6D, but nevertheless good enough for a quick snap!

This first one shows how the sunlight scattering through the earth's atmosphere was causing the "blood moon" effect during the lunar eclipse - this must have just been at the end, as the next image shows the moon to be much more whiter.

Then I took this, which I edited afterwards to get more detail from the image (see the final image at the end) - as this was taken on my compact camera, it was taken in jpeg format only, so the amount of data in the file is much, much less than it would have been from a RAW file on my Canon EOS 6D. 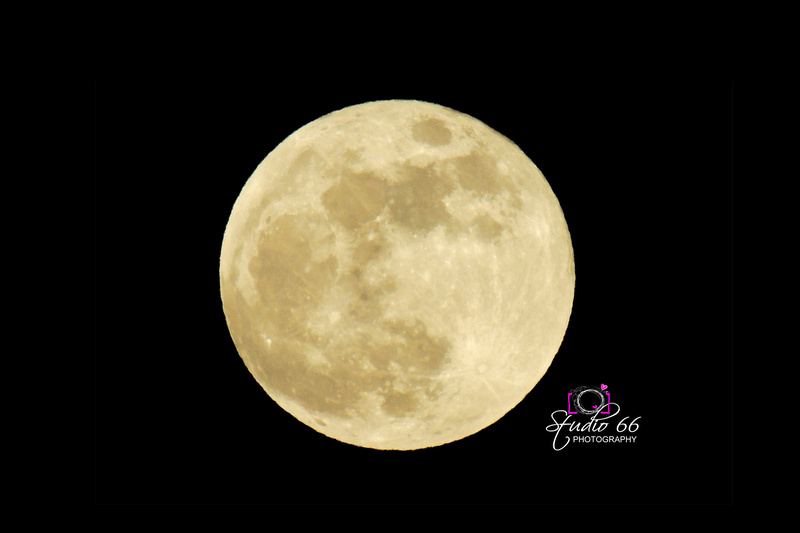 There is a beautiful old tree outside my house, and I'd love to be able to capture a full moon in it's branches!  Maybe next time!

And this is my final edited version, where I added an overlay of stars to create a starry sky effect. 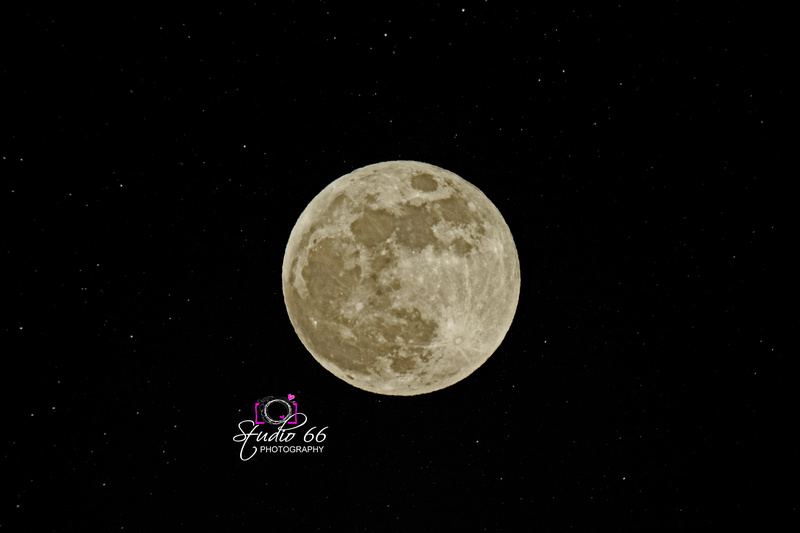 Final edit, with overlay of stars

You can see how much detail I was able to recover from the moon surface, just by using the levels option in Photoshop.